This series will rely on the following topology (click to enlarge): 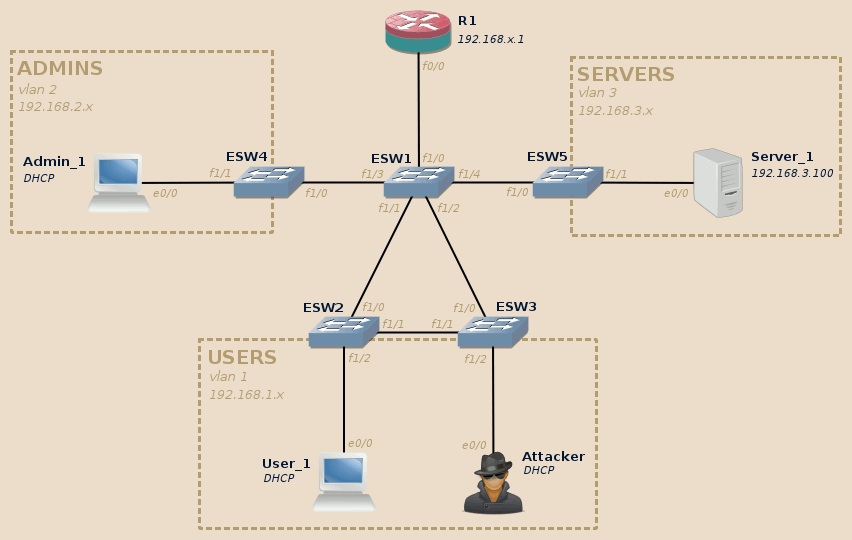 This topology is composed of three VLANs:

The attacker is connected to the Users VLAN.

In this series we will see how the attacker can leverage various layer 2 configuration weaknesses to disrupt the network, hop from one VLAN to another, and intercept users communication, independently of their location in the topology.

We will limit ourselves to basic techniques as an attempt to demonstrate that pwning a insufficiently secured network doesn’t involve any high technology or knowledge. When appropriate we will also see how the attacks can be generalized to other real-life scenarios.

This topology can be implemented using virtual machines and/or real gears.

On my side I use GNS3 to easily build such infrastructure without having to worry about the multiple issues which come with real gear (availability, space, etc.).

For more information on how to setup the devices in a virtual lab, you may want to check the various tutorials available in lab section.

I recommend to build two versions of the same topology:

The other component will remain the same in both topology versions.

Due to the limitation of each solution, some attacks or mitigation techniques will be possible only in one version of the lab. I will mention the compatible version throughout the posts series.

Using real gears is the most perfect solution to reproduce real-world environments. You can rely on the IOU switches configuration commands taking advantage of DTP and adapt them to your hardware.

If you are short of devices, you won’t need the complete topology to be available at any given time. I will indicate the required devices at the beginning of each post so you can focus on the devices required for each part.

Moreover, ESW2 and ESW3 switches can be merged into a single switch without any major impact. If possible however, I recommend to keep them both with the redundant link between them to get the most value out these labs.

The following commands apply to switches emulated using IOU. They can also be used with real gear.

ESW1 is the core switch:

ESW2 and ESW3 configure themselves automatically thanks to the DTP protocol (plug-and-play).

When using IOU, don’t forget to remove the direct link between ESW2 and ESW3.

This warning does not apply for real gear.

SW4 and SW5 provide access to their own VLAN:

The following commands apply to c3725/c3745 routers equipped with an EtherSwitch module to emulate switch devices.

ESW1 is the core switch:

With real Catalyst switches and IOU-based ones, ESW2 and ESW3 work by default thanks to the DTP protocol. Router-based ethernet switches however do not support DTP (security-wise it is better that way…), so we need to configure them manually:

ESW4 and ESW5 provide access to their own VLAN (and the trunk port needs to be manually configured still due to the lack of DTP):

On my side I will use Bitnami Wordpress image to act as the server. Feel free to use anything you like, as long as there is some data to intercept. 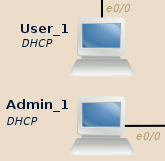 For them on my side I will use GNS3’s Firefox appliance. It is a super-light graphical Linux with Firefox. 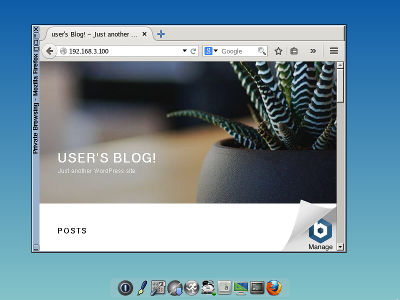 Attacker: the source of all evil

I will use BackBox Linux. If you are more comfortable with another distribution, feel free to use it instead. We will mostly work with Yersinia and Ettercap, ensure you have them available on your system.