You will need a virtual machine for each of the BSD system covered by the exam:

Pay attention to choose a version which matches the exam requirements. Some of these systems may decide from one version to another to apply sometimes really impacting changes. While the exam will eventually be updated to reflect those changes, this may take some time so just ensure that the systems you are using have all the files and commands expected for the exam so you can practice in good conditions and not loose unnecessary time and effort on off-topic subjects.

In all cases people from the BSD Certification Group are very friendly and as I was studying during such change period I receive an email from Dru Lavigne herself informing me on which material to use for my studies.

Also note that you can buy an official BSDA Certification Study DVD which gather the virtual machines and documentation arranged specially for BSDA students in a convenient manner. They are made and sold directly by the BSD Certification Group and the profits allow to maintain and develop the certification.

I often encounter comments from people explaining that they only use one or maybe two of the covered systems and they don’t want to have to learn the other operating systems to pass the certification.

In fact unless you target 100% good answers you don’t need to be expert in all those systems. Personally I have the most experience with FreeBSD and OpenBSD systems. This certification was the occasion to discover NetBSD and DragonFlyBSD, but I am nowhere near an expert on those.

When starting to study for this exam you should already start with a very good knowledge on at least one of these system. As long as the various flavors “issue” is concerned, to pass the exam you just need to familiarize yourself with the main differences between the systems you already know and the other ones. Install them, compare how things such as software management and network settings features work, and you should be fine.

Again, the goal of the BSDA is not to certify that you’re an expert on each of these platforms. The goal is only to test that you are able to administrate a BSD system in a professional context. I think it is fair to consider the ability to adapt yourself and a general culture over the BSD world to be part of the exam requirements.

As opposed to the LPIC certification which also covers several Linux distributions but only requires the student to know the various commands, files and settings without necessarily being able to infer the underlying system, with the BSDA you will need to be able, from the availability of certain specific commands and files, to deduce which BSD flavor you are facing.

Questions are never asked this straight, but for instance some questions may very well have equally valid answers matching several BSD (and Linux (!)) systems, you should be able to find the clue telling you which system you are facing and therefore which is the right answer.

A good point to start your journey is Wikipedia’s Comparison of BSD operating systems. This is general information, but provides a good introduction to approach the BSD ecosystem as a whole.

The BSD Certification Group created a collaborative wiki with the aim to be the main resource for BSDA students. Sadly it is not very complete and a bit outdated now, nevertheless it remains very useful to guide your studies through the large amount of domains covered by this certification.

The Resources section of the same website contains more general information on how the certification has been created. They are not directly useful to pass the exam, but it is not very often that such kind of information “from behind the scene” is made available and I found it quite interesting.

There is no book specifically focusing on the BSDA certification. However, if you like to study from books as I do, you should have no real problem to find a book which will help you to clarify the point remaining obscure in your studies.

Prefer one general book covering several BSD flavors instead of several books each one focusing on a particular BSD flavor. A general book has indeed more chance to highlight the differences between the systems when there is one, the kind of information you may easily miss if you are studying from different books and the kind of information you will most likely need to pass your exam.

I have no recommendation in terms of books as I happen to have just fetched an old French one I bought when starting on BSD systems and which was taking dust for more than a dozen of years somewhere on my shelves ;).

There is no official BSDA practice exams out there, at least none I am aware of. This is in part a deliberated choice from the BSD Certificiation Group, as stated by Dru Lavigne (her whole email is an interesting reading):

On purpose, we do not provide practice questions. Part of this is philosophical (we don’t want people to just learn to an exam), part is practical (if you understand the exam objectives, it does not matter how the question is asked), and part of it deals with the psychometrics (which requires us to only ask questions covered by the objectives in a very clear manner, which means there really is only so many ways you can ask a question).

However, for those not familiar with such exams, as long as common Unix services are concerned you may expect the same kind of question as in the LPIC-2 exam. Feel free to check resources developed for this exam as, for instance, an Apache server remains an Apache server, no matter if it running on a Linux or a BSD box. Once you gets used to answer questions on common Unix services, you should be able to answer questions on anything else and it is just, as Dru Lavigne stated, a matter of correctly following the exam objective in your studies.

Studying LPIC material for a BSD certification may be double-sided. While questions on common Unix services will usually remain the same, the correct answer may not. In particular paths and platform specific commands may not be the same.

Use such material for the questions, but practically check your answer in your BSD lab.

It is very complete and allows you to deepen, systematize and better organize your knowledge of numerous aspects on BSD systems.

I liked to use this as an occasion to try different systems. As I said I am more used to FreeBSD and OpenBSD systems. I was very surprised with NetBSD which really feels mature (I did not imagine that an internationalized BSD system could even exist!). I was also very surprised with DragonFlyBSD which may be the fastest for scientific computing but really doesn’t seem to lead the group in terms of security: 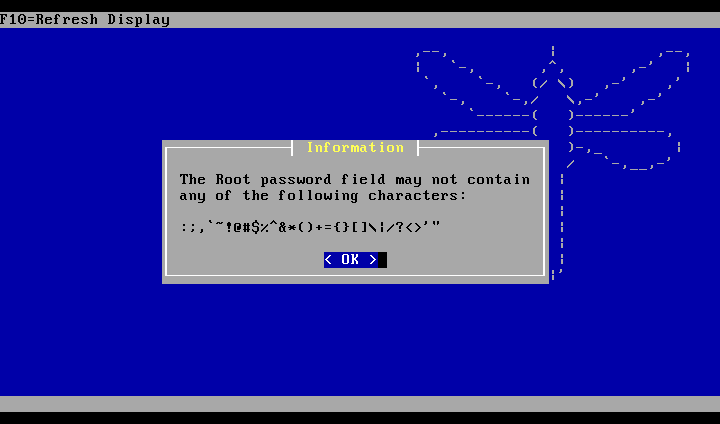 I cannot discuss the questions or the exam in details here, but there were no surprise: I was tested on the topics I expected, the exam questions were clear, non-ambiguous, and closely matched the topics list.

The allocated time did not left me a lot of room. While it was enough to answer the questions, I made the final check in a hurry during the very last minutes and focused only on the most troublesome questions.

Nevertheless, even-though this is a paper-based exam the proctor does a good job in notifying of the passed time so it is easy to correctly manage your time.