The best depiction I’ve seen so far of the state of the hackers’ world in western Germany in the 80’s. You name it: this the place and time which gave birth to the Chaos Computer Club.

This film is an independent production (by Hans-Christian Schmid), and due to this is not very widely known which I think is a real shame. This film follows Karl Koch, a German hacker stealing information from US military systems to sell them to the KGB. But, IMHO, this is merely an excuse to provide us an overview of the hackers’ world of that time, both at the cultural and technical level, where idealism faces conspiracy theories, the desire to free the access to information meets individual and national craving for power, and Usenet groups were creating new kinds of links between people. 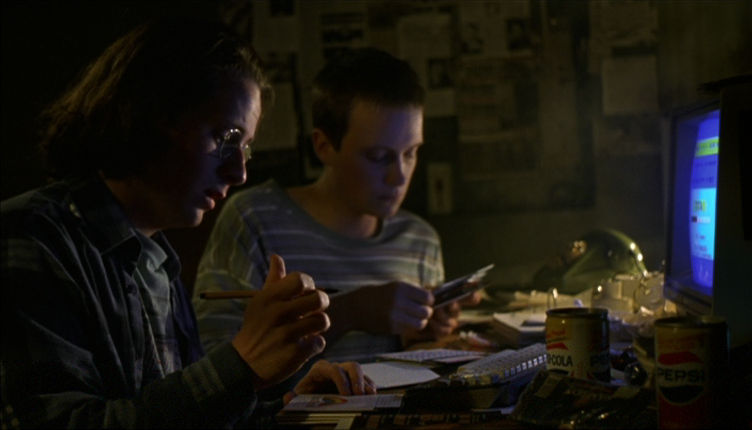 Some people critic this film as, while being based on real events, not being a strictly accurate representation of Karl Koch’s life. However, I think that this is not the goal of this film. I don’t know if Karl Koch actually bought a PDP-11 and let it rust in his yard, but this system is legendary as it is the one which gave birth to the UNIX system, the root of our current BSD and Linux systems. I don’t if Karl Koch either coined the term trojan horse as applied to computer security or invented by himself the way he allegedly use to intercept users passwords, but the approach he is using by thinking out-of-box is a typical approach for a hacker.

Sadly, due to its limited diffusion as an independent film (did I say it was a shame?), I don’t know whether any English subtitles have ever been produced for this film (the film himself is in German, French subtitles are available). In France it can be bought for a few cents (did I say it was a… ah, yeah), other countries may have to import it. 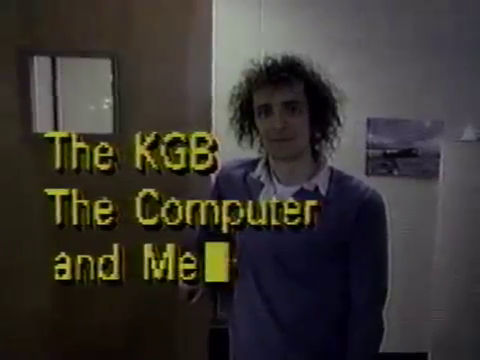 This is the adaptation for the television of Clifford Stoll’s autobiographical book The Cuckoo’s Egg: Tracking a Spy Through the Maze of Computer Espionage, featuring Cliff Stoll himself and other people involved in the event.

Cliff Stoll is an American astronomer who was working at that time as system administrator at the Lawrence Berkeley National Laboratory. This movie tells how, one thing leading to another, while investigating on a few cents discrepancy in computer usage accounting Cliff Stoll found himself tracking a hacker which happens to be Karl Koch.

This movie describes us the other side of the mirror. It describes us both Karl Koch methods as perceived by one of his targets and how the investigation leading to his conviction was initiated.

At the opposite of Hans-Christian Schmid’s fiction atmosphere which may be quite dark at times, The KGB, The Computer and Me is supported by Cliff Stoll’s seemingly inexhaustible motivation, energy and playful spirit. This movie shows its age, but on the other side it is a near contemporary depiction of the events, making it a precious testimony. 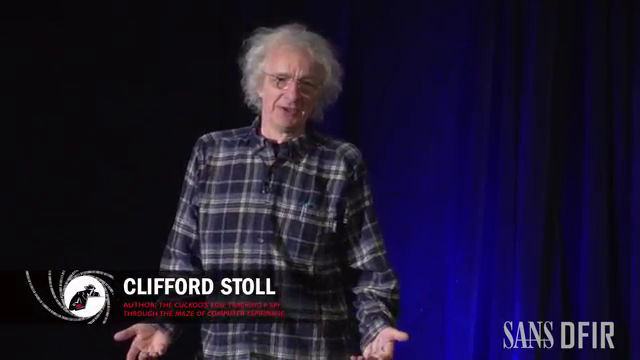 Cliff Stoll book was the inspiration of numerous people in the digital forensic world. Thanks to this, Cliff Stoll was invited just a few months ago to hold a keynote at the SANS CTI Summit 2017.

This is the occasion to look back, thirty years later, to this strange time when “‘computer security’ was not even a word”, reusing original documents (fresh from the attic!) and ask ourselves what changed, what did not, and what is yet to change.

But, above all, it is the occasion to discover that, thirty years later, Cliff Stoll has not lost anything from his unbounded enthusiasm (advisory warning for the faint-hearted: several cables and a plastic bottle where harmed during the making of this keynote!).