Mainframes are often designated as “legacy platforms”. This triggers the mental image of those old 80’s era enormous bulky computers which can be found in any good computers museum and vintage videos, and leaves a mixed feeling about the place of such machines in todays computing world.

However, nothing could be such wrong:

This is not exactly what I would call a “legacy system”. What is usually legacy in fact is not the system itself, but the application running on it.

One of the key point of the mainframe system is indeed backward-compatibility. Mainframes are used in the most sensitive environments where any bug will most likely have huge consequences. In such environments, as long as things work, people are always wary of touching anything. The usual motto is:

So don’t think of rewriting or migrating to a different software: things worked this way by the past, so the best way to make work in the future is to keep them as-is.

Mainframe architecture and its main operating system z/OS (a mainframe is designed to run several operating systems in parallel, even Linux including KVM support) ensure that the applications that worked for the last 20 years will continue to work the same on newer systems.

Despite the system characteristics mentioned above, mainframe systems must however not be confused with super-computer (which usually run Linux as their main operating system by-the-way):

What On Earth is a Mainframe? (David Stephens) 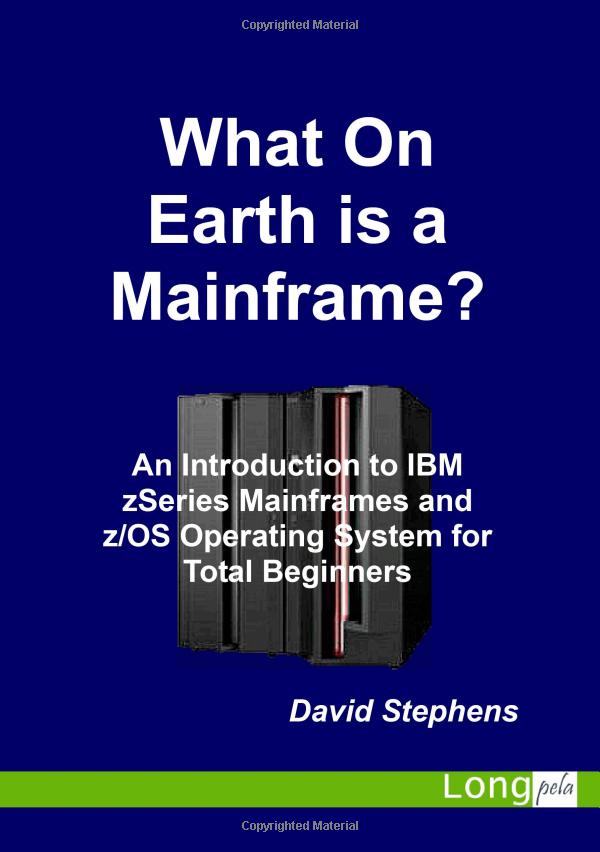 What On earth is a Mainframe is a low-technical introduction to the mainframe world. It is subtitled “An introduction to IBM zSeries Mainframes and z/OS Operating System for Total Beginners”, which accurately describes the content of this book.

David Stephens worked in various positions at managing and operating mainframes and condensed in a short (200 pages) and easy-to-read book all you need to know to become more familiar with what may first appear as an obscure world:

This book manages to be both high-level enough to remain readable and interesting to low-technical people, while still remaining accurate, factual and informative to be also interesting to technical people not used to the mainframe world or only to a part of it and who would-like to grasp a larger picture of it. 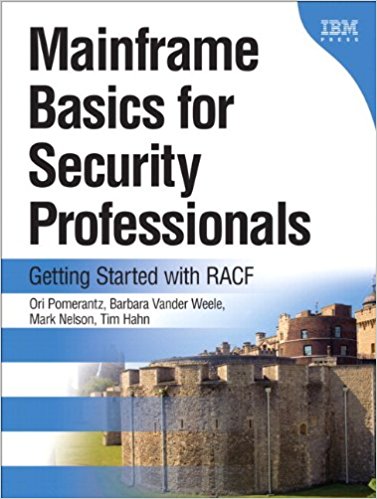 This book is designed for people who come from a Unix background and would-like to know more about mainframe security from a practical perspective.

This book too is short, around 200 pages, and relies heavily on practice. In fact, the reader is expected to read it while having access to a z/OS image where he can test and play with the book’s commands.

It is designed as a practical entry into the mainframe world, and accomplishes this task very well. A number of subjects are only over-viewed to keep the book short and to-the-point, but this is always clearly told and numerous references to the official documentation is provided to deepen any particular subject. 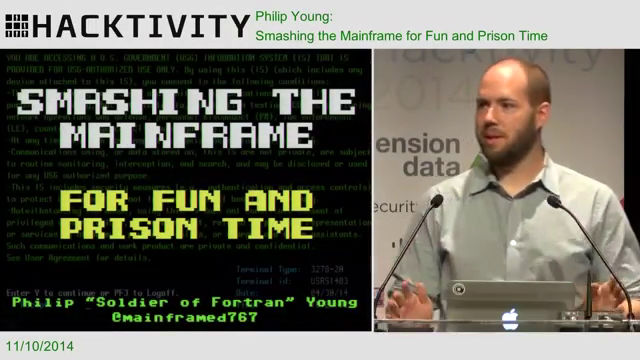 Philip Young is an advocacy of practical testing of mainframe security. He gave numerous talks, stating the same fact:

I recommend you in particular the following presentations:

He describes the researches he started back in 2012, and the trouble he got as it was during the same period that a major hack targeting mainframes notably used by the Swedish government happened2. He then describes the vulnerabilities that were revealed by these attacks plus some others from his own research.

People are more concerned about their system’s availability than they are in having them tested. In the Windows and Linux world where I come from you just assume it gets tested all the time. If you put a machine on the Internet, it’s just getting hit non-stop. It’s just background noise on the Internet.
[…]
The more people you have looking at something, the more secure it’s going to be. The more people who are actively to break into a system (in their spare-time, at home, they aren’t breaking into their bank), the more secure it’s going to be for you and for the world.

Personally what worries me even more is that for most of their life mainframes could indeed be assumed as secure because:

However time went on:

In case you are still not depressed enough, note that Philip mainly focuses his research on the mainframe system itself. Dominic White on his side focuses on mainframe applications just to find that the picture was the same with blatant security holes including security relying on the client through the use of hidden fields just like if a web server would store your access level in clear in a cookie and rely on it to determine your privileges, that applied to systems critical to governments, financial institutions, etc.